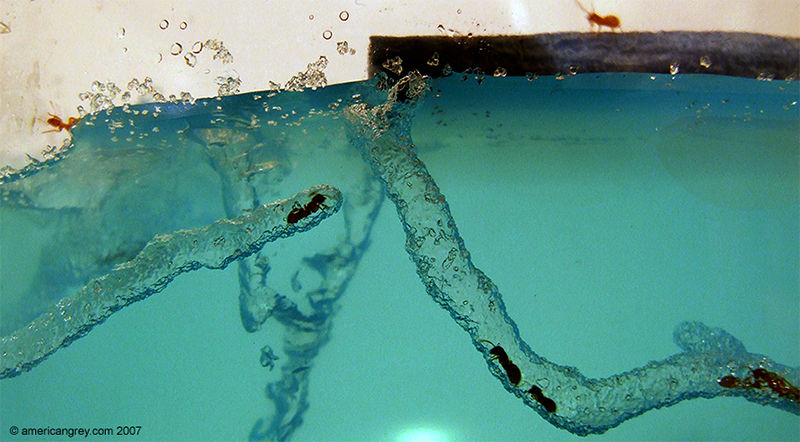 Since my posting on October 24, the Team One Ants have completed their tunnel by turning upward and making a point of exit.

Meanwhile, Team Two (on the left) are progressing their tunnel in a direction that is likely to intersect that of Team One. Contact is likely within the next few hours, I’d say.

I’m excited so many of you have got the itch from this little device and hope to see your pics and reports in due course. Within a couple hours of this shot, Team Two broke thru and there was some kinda Ant Celebration but things have settled down again now.

Read a (good) Review of AntWorks

Welcome to American Grey | light
This site stands in the shadow of American Grey | frames, my (closed) original photoblog 2005-2009.
Many of my earlier postings are reproduced here together with pastings of Comments made at the time.