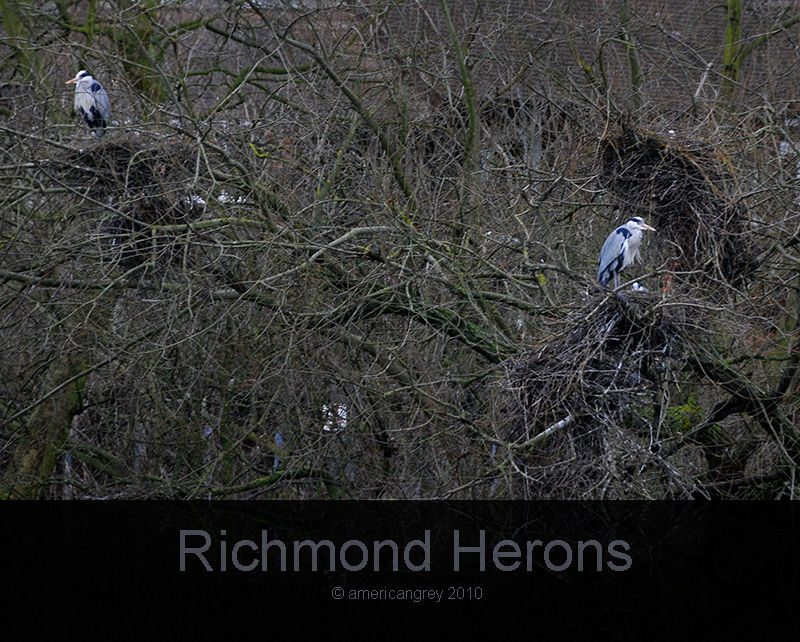 :
Fifty years ago, the River Thames was being declared 'biologically dead' - killed by pollution that was the product of trade, industrialization and urban growth.

This makes it all the more delightfully surprising to see so many wildlife species now thriving along the River. These herons are building nests on an island close by Richmond Bridge.

WOW! I would love to be able to get this close to a heron nest! Are those eggs there???

@Ana: Eggs ?? The herons weren’t saying - they are the strong, silent type of bird. But, no, no eggs yet and I think you are glimpsing the partner bird working on the nest. Thanks for the visit, Ana.

Once upon a time Mr and Mrs Heron...They had a fight and...
Great capture!

Is it chicks in the nest to the right? Great capture!

@Frida: I wondered that, too, but it is too early for that, I think. Likely the mate attending to the nest . . those crazy nests !