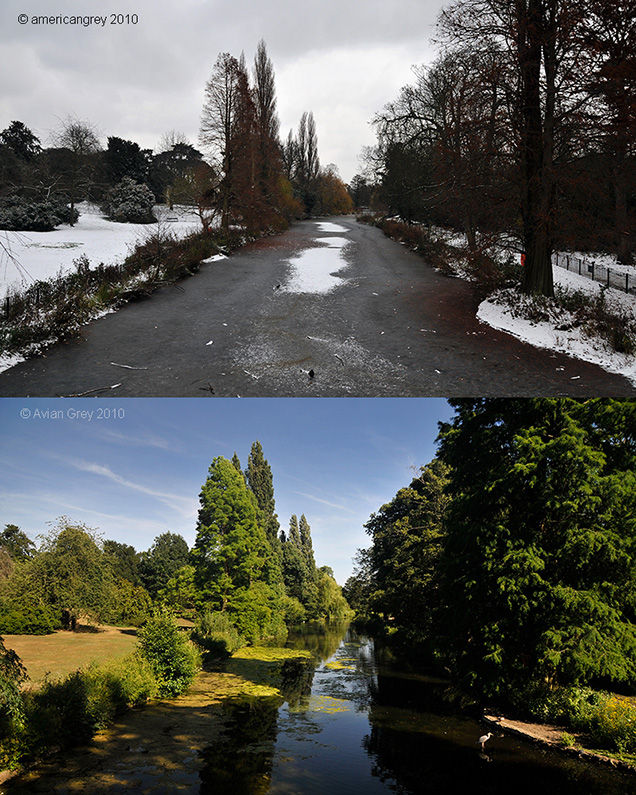 :
Always planned to take a series of shots like these from the same spot with same lens to show the marked difference in the seasons. These two are from the Classic Bridge at Chiswick House, London in December and back in July 2010.

this really confused me at first... i didn't realize that the water was frozen over in the winter view. i thought it was a dry street with snow down the middle. After noticing the heron, it took awhile to figure it all out.

@jim: Yes, it was a spontaneous thing to post this. Since then, the lake has thawed and refrozen and thawed again several times in the mildly scatty London weather.