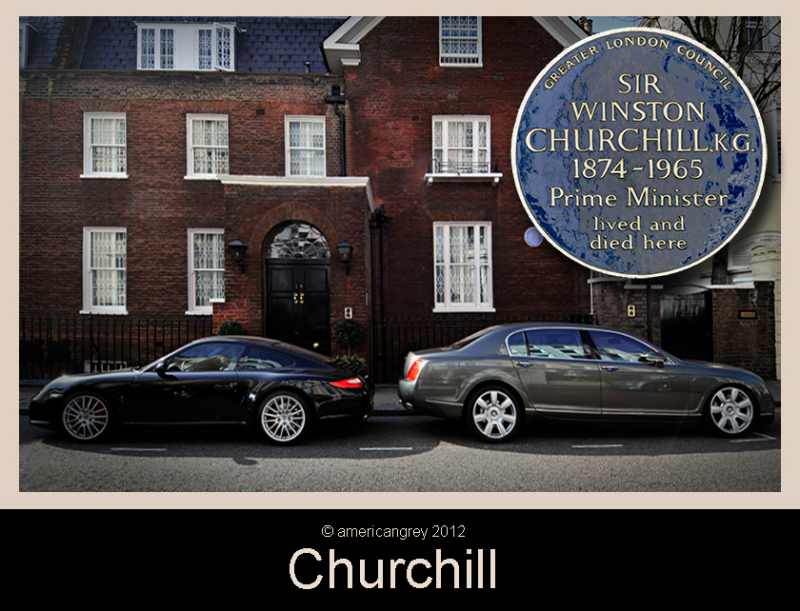 :
I guess most of us think of Winston Churchill living in Downing Street or at his home at Chartwell, Kent. But this was his London home in Hyde Park Gate, Kensington and where he died on Sunday 24 January 1965.

Strange irony there being two German cars parked outside in my shot . . but at least the Bentley is still made here !