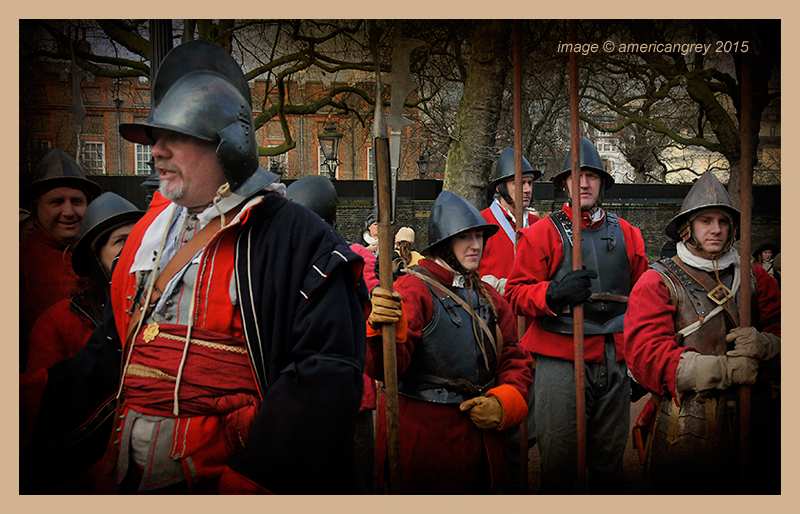 :
More from the St. James's Palace area where the English Civil War Society assembled and later returned after parading up Whitehall, through Admiralty Arch, and back along the Mall.

Textures used on AmericanGrey are from the collection by pareeerica