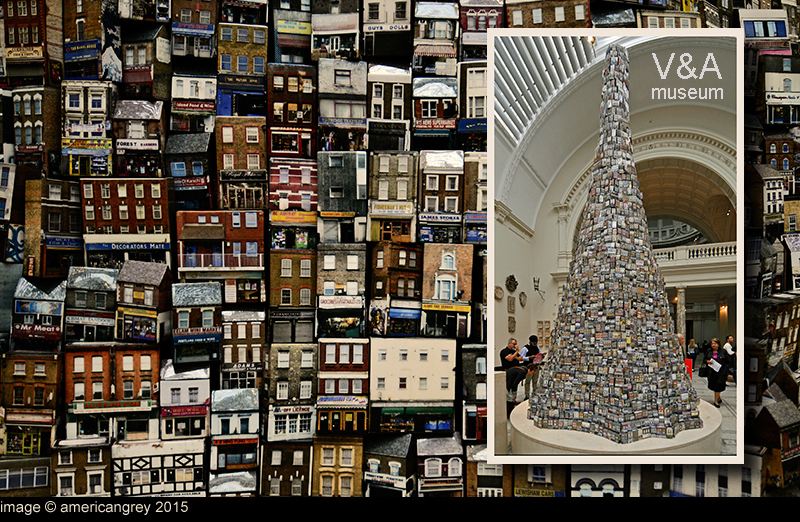 :
'The Tower of Babel' by Barnaby Barford at the Victoria & Albert Museum, London.

This work is a representation of 'London today' and is 6m/10 feet high made up of 3,000 bone china buildings each representing a London shop as photographed by the artist. At the base are derelict shops and 'pound stores' and, at the top, the exclusive stores and galleries.