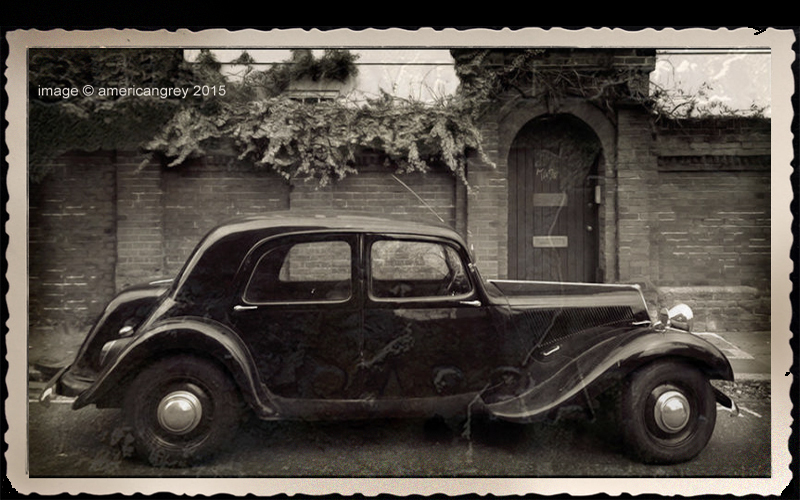 Posted by AG (London, United Kingdom) on 12 October 2015 in Transportation.

:
From my archives . . I photographed this lovely Citroën Traction Avant on my travels back in 2007. She had that ‘used every day’ look about her which can be more pleasing to the eye than a full restoration. Can hear that 1960’s Maigret theme whenever I see these cars and it brings back the novelty of car doors opening from the front.

THE ANA from United States

this is wonderful! love the old look of the whole shot!