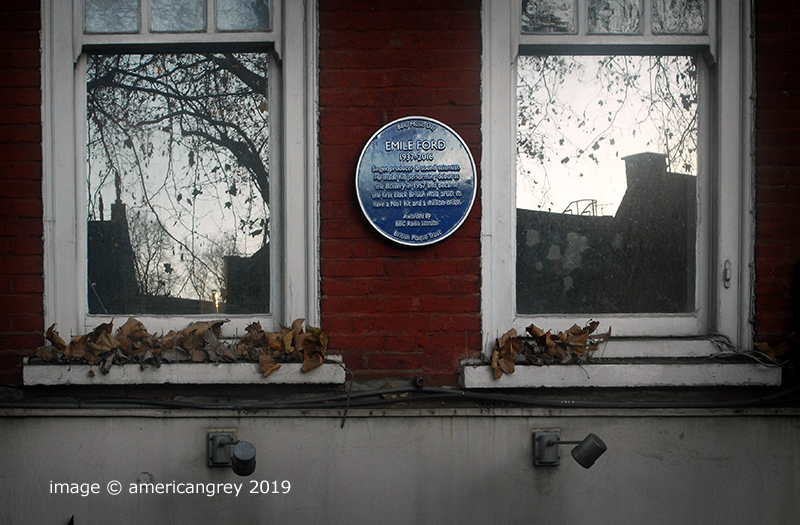 :
Well, someone is remembered . . even if the building looks forgotten.

"Michael Emile Telford Miller (16 October 1937 – 11 April 2016), known professionally as Emile Ford, was a musician and singer born in Saint Lucia. He was popular in the United Kingdom in the late 1950s and early 1960s as the leader of Emile Ford & the Checkmates, who had a number one hit in late 1959 with "What Do You Want to Make Those Eyes at Me For?"" WIKI

Welcome to American Grey | light
This site stands in the shadow of American Grey | frames, my (closed) original photoblog 2005-2009.
Many of my earlier postings are reproduced here together with pastings of Comments made at the time.